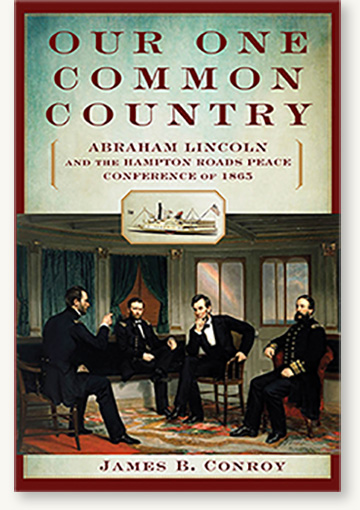 “A brilliant account of the doomed effort to end the Civil War through diplomacy.” Kirkus Reviews 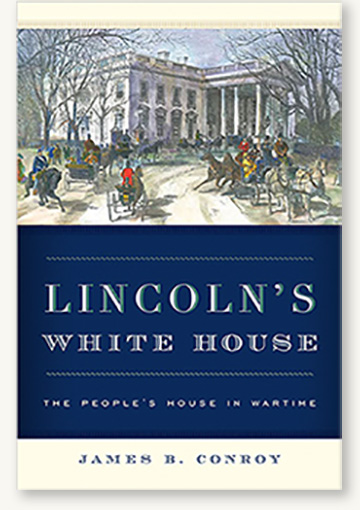 Winner of The Lincoln Prize
“Gripping, atmospheric, and at times spellbinding...” Harold Holzer, author of Lincoln and the Power of the Press

Conroy’s upcoming book will examine The Casablanca Conference of 1943, where Franklin D. Roosevelt, Winston Churchill, and their military high command met in secret at the turning point of World War II and forged the plan that won it. The Devils Will Get No Rest: FDR, Churchill, and the Plan that Won the War is targeted for publication in 2023 by Simon & Schuster in America and Icon Books in Britain.

• Co-Winner of the GILDER LEHRMAN LINCOLN PRIZE for 2017 [more]

• Winner of THE ABRAHAM LINCOLN INSTITUTE BOOK AWARD for 2017  [more]

Audiobook Available for purchase online from:

“This well-researched and colorfully written book deftly humanizes Jefferson and reveals the traits that endeared him to family and friends and disarmed potential political enemies. It is a significant contribution to Jefferson scholarship.” John Boles, author of Jefferson: Architect of American Liberty

“[A]n invaluable contribution to our understanding of a controversial figure at a critical time in the new American nation’s history . . . sympathetic yet unsparing . . . An ambitious, enlightening, and brilliantly realized project.” Peter S. Onuf, Pulitzer Prize-winning Thomas Jefferson Professor of History Emeritus, University of Virginia, and coauthor of Most Blessed of the Patriarchs: Thomas Jefferson and the Empire of the Imagination

"Jefferson’s White House vividly captures the third president’s time in America’s most iconic home. James Conroy goes into incredible architectural and aesthetic detail, highlighting not only how Jefferson understood and used these spaces to project his political and ideological beliefs, but also how visitors, dignitaries, peers, and enslaved persons experienced them firsthand. For anyone interested in Jefferson’s presidency and the relationship between politics and place, this is a must read.” Matthew Costello, Senior Historian at The White House Historical Association

“Impressively informative, detailed and documented, Jefferson's White House: Monticello on the Potomac is an extraordinary and deftly scripted study that is especially and unreservedly recommended for both community and academic library collections.” Midwest Book Review