About the Author  |  JAMES B. CONROY 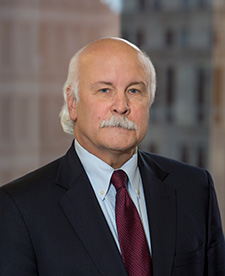 In 2014, Jim Conroy was elected a Fellow of the Massachusetts Historical Society in recognition of his first book, Our One Common Country: Abraham Lincoln and the Hampton Roads Peace Conference of 1865, the only book ever devoted to Lincoln’s little-known peace negotiations with Confederate leaders on a riverboat in Virginia near the end of the Civil War. Our One Common Country was a finalist for the Gilder Lehrman Lincoln Prize, awarded to the author of the best book of the year on Lincoln, a Civil War soldier, or the Civil War era. Conroy’s second book, Lincoln’s White House: The People’s House in Wartime, won the Lincoln Prize and the Abraham Lincoln Institute’s annual book award. Leading Jefferson historians have applauded Conroy’s third book, Jefferson's White House: Monticello on the Potomac. He is working on a book about The Casablanca Conference of 1943, where Winston Churchill, Franklin D. Roosevelt, and their military chiefs planned a new, winning strategy at a turning point in World War II. Ten Days at Casablanca is scheduled for publication by Simon & Schuster in 2022.

Conroy is a graduate of the University of Connecticut and served for six years as a photographer in anti-submarine aviation units in the United States Navy Reserve. While working on Capitol Hill in Washington, D.C. as a speechwriter and a press secretary in the 1970’s and early 1980’s, he earned a master’s degree in international relations at George Washington University and a law degree, magna cum laude, at the Georgetown University Law Center.  A co-founder of Donnelly, Conroy & Gelhaar, LLP, one of the city’s leading litigation firms, he practiced law in Boston for 38 years, until May of 2020. He enjoys following national politics and the New England Patriots, sometimes but not always a more relaxing source of recreation.

Conroy has lived in Hingham, Massachusetts with his wife, Lynn since 1982. Their daughter, Erin, is a lawyer at the Food and Drug Administration and the mother of two young boys in Washington, D.C.. Their son, Scott, is a political journalist-turned-script-writer who lives in Los Angeles with his wife, the NBC News reporter Jo Ling Kent, and their two young daughters. Conroy is a member of the Board of Trustees of the Hingham Historical Society and has served on the Hingham Historical Commission and chaired its Government Study Committee, its Task Force on Affordability, and its Advisory Committee, which counsels the Hingham Town Meeting, an exercise in direct democracy through which the town has governed itself since 1635, well before Conroy’s time.